Relational Evangelism is the Key |  at Peoples Church Toronto 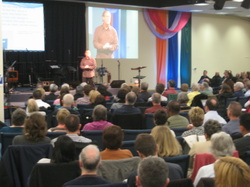 One thousand leaders form 28 countries attended the international conference where David was invited to give two plenary messages and two well attended seminars at the King's Centre in Oxford, UK.

5000 were expected but over 7000 flooded the MTS arena in Winnipeg, Manitoba. Even though David's sermon was to encourage the Christians to spread the love of God when the invitation was given 92 came forward to give their lives to Christ.

Speaking throughout New Zealand and Australia 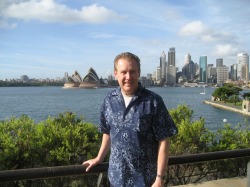 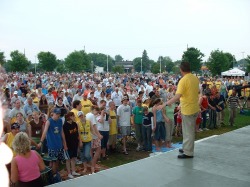 David addresses the crowd at a nationally televised event in Peterborough called "Celebration!" that he organized to help churches embrace their communities with authentic faith. 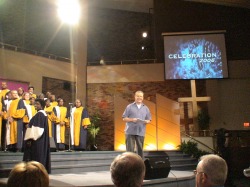 Compass Point Church is the location of this outreach meeting. David enjoys teaching seminars to equip church leaders and congregations as well as ministering at church based city wide impact events such as this one.

David at Peoples Church in Toronto for an "Ignite the Light" evangelism conference with Charles Price, Ravi Zacharias, Michael Green and others. 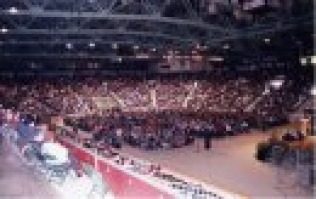 David was the evangelist for this city wide event that attracted over 5000 for the closing night with an accumulated attendance of over 10000. Forty Four churches worked together and over1500 people responded to Christ for the first time over the five days!